Developing for the Future

COME SEE US AT THE HYDROGEN TECHNOLOGY EXPO Europe

We are looking forward to meeting with both familiar and new faces at this year's in-person Hydrogen Technology Expo Europe October 19-20, 2022, and discussing your specific applications where other materials are not performing well for you.

Hydrogen offers several ideal attributes to help solve the variable energy storage requirements of solar and wind renewable resources, all while simultaneously providing opportunities for emission reductions. CoorsTek supports cleaner energy and decarbonization efforts with innovative technologies for both green and blue Hydrogen. To learn more about our contributions to hydrogen, click here.

ATTEND THE SHOW FOR FREE!

Get your free exhibitor guest pass to the 2022 show compliments of CoorsTek. Register for your pass here.

CoorsTek is proud to announce that it has been certified as a Great Place to Work® company for a second year in a row in the United States, and for the first time in Canada, The Netherlands, South Korea, Thailand, and the United Kingdom. Read More

The Denver International Airport (DIA) is internationally recognized for its extensive public art collection and Colorado-inspired rotating exhibits. The temporary exhibitions aim to connect a local and global audience to the environment and culture of Colorado. Colorado Clay, the newest exhibit to be featured at DIA explores the history and popularity of clay in Colorado. CoorsTek has a long, rich history that includes the use of Colorado clays, and we are proud to be featured in the current exhibit at the airport! 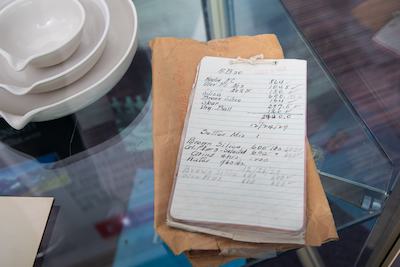 AC Development, a Golden, CO-based master and vertical developer, has initiated the first phase of the large-scale mixed-use redevelopment of the CoorsTek manufacturing facility in downtown Golden. The new district covers five city blocks and will be anchored by a new global headquarters for CoorsTek. It will account for approximately 1.25 million square feet of office, multi-family residential, placemaking retail, and hotel space.

AC Development, privately-owned and operated by the fifth generation of the Coors family, successfully shepherded the largest redevelopment project in downtown Golden's history through unanimous approval last month of a comprehensive redevelopment plan and rezoning by Golden's City Council.The council vote was the culmination of a more than year-long process that involved close collaboration with City staff, over one-hundred community meetings, four planning commission meetings, and a six-hour council hearing.

Read more on the CoorsTek redevelopment project on the AC Development website here.