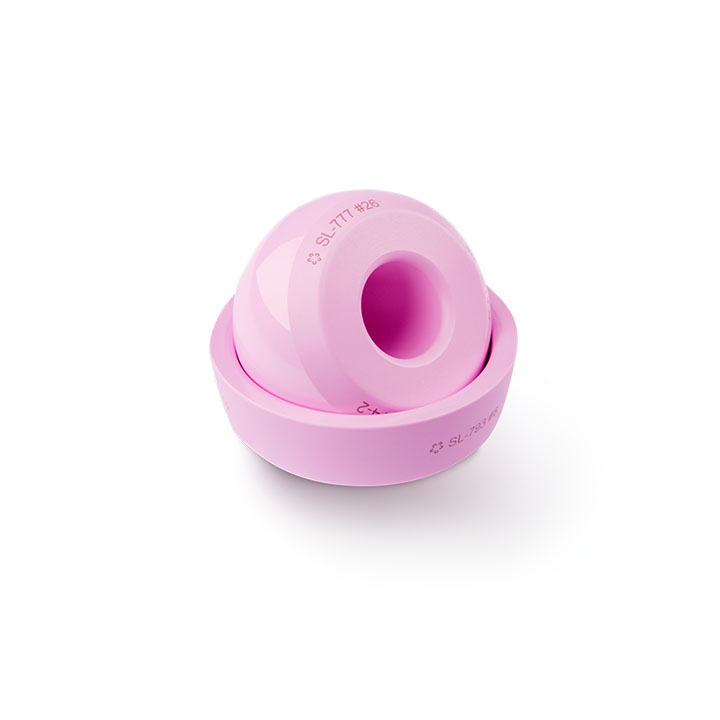 Fort Worth, Texas, USA, January 12, 2017 —  CoorsTek Medical, a leading US manufacturer of advanced implantable ceramic components, today announced that the United States District Court for the District of Colorado has ruled in favor of CoorsTek Medical in its lawsuit challenging the trademark and trade dress claims of CeramTec GmbH in the US to the color “pink” for implantable ceramic hip components.

CoorsTek Medical’s CeraSurf®-p ceramic material is engineered with chromium oxide dopants in an advanced ceramic matrix to provide a combination of hardness and toughness — and its inherent pink color is a natural byproduct of the chromium oxide. In February 2016 CeraSurf®-p was cleared for use in hip implants determined by the US FDA to be substantially equivalent to predicate systems incorporating the latest generation of advanced ceramic material including Ceramtec’s Biolox Delta.

CoorsTek Medical CeraSurf®-p ceramic femoral heads and acetabular liners have received regulatory approvals and have been distributed for clinical use as bearing surfaces for hip implant systems in South America since 2011 and Europe since 2012.

The Court’s decision removes any encumbrance for orthopedic device companies to access a world-class second source for state of the art implantable ceramic components which are used in hip-replacement systems in the US. The Court acknowledged that CeramTec currently controls roughly 95% of this market.

“The District Court’s ruling will ensure that a key component for the United States’ orthopedic market is fully opened to competition, which in turn should enable medical device manufacturers to develop efficiencies that benefit patients, hospitals, and surgeons,” said Jonathan Coors, CEO of CoorsTek Medical.

CoorsTek Medical initiated the suit against CeramTec in 2014 in response to a cease and desist letter and attempt by CeramTec to claim trademark and trade dress protection in the color pink for its implantable ceramic components. The case was tried before United States District Judge R. Brooke Jackson in August, September, and October of 2016, and the Court’s order issued on January 5, 2017.